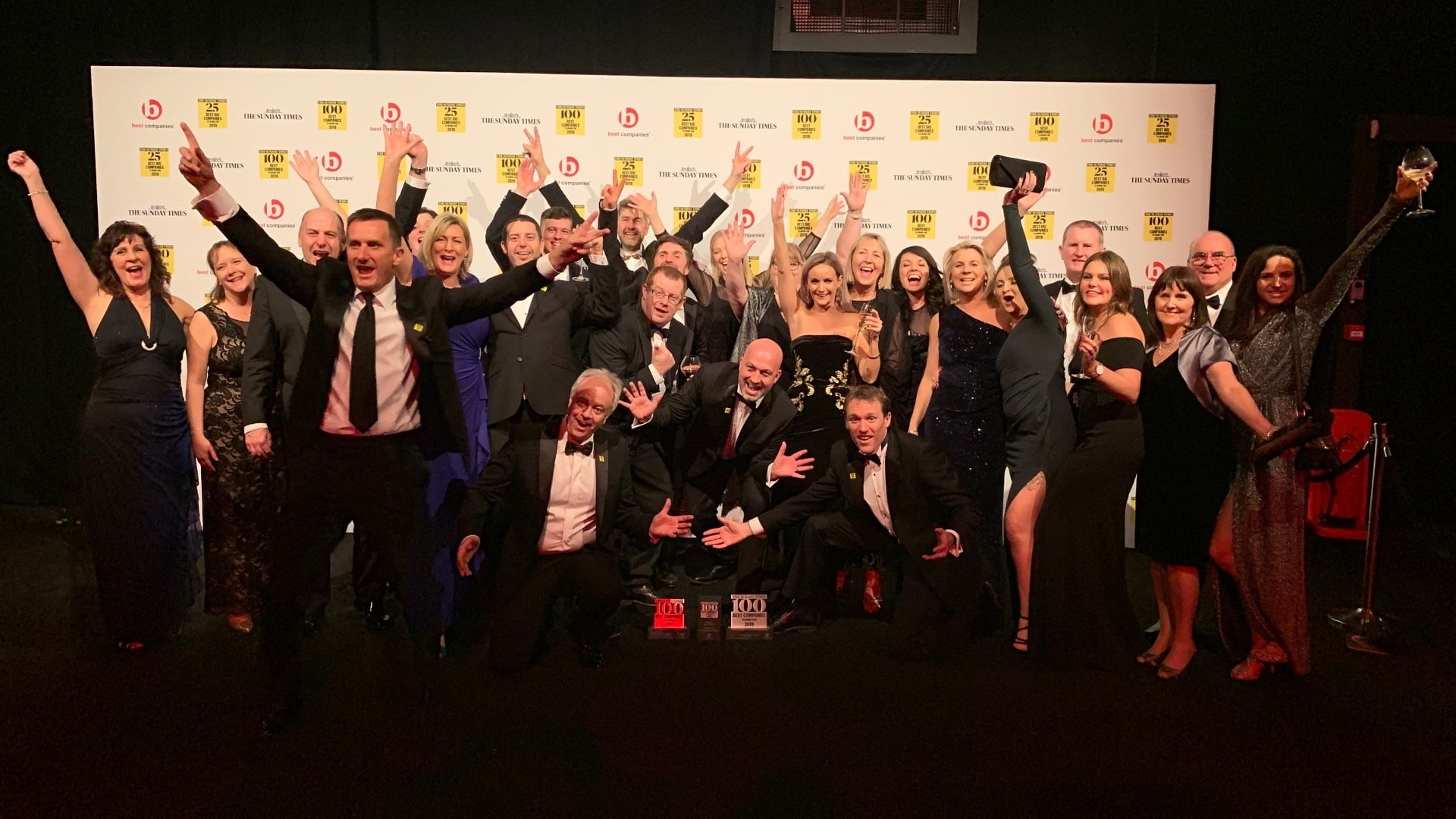 Churchill Retirement Living has been named in the Top 100 Best Companies to work for in the UK by the Sunday Times, achieving its highest ever position of 2nd place. The Company also won a special ‘Wellbeing Award’ in recognition of its leading approach to looking after Colleagues’ health and wellbeing – from regular social events to free health checks, a day off on your birthday, and a confidential Colleague support line.

The winners were announced at a gala dinner in London on Thursday 21st February, which was attended by 30 Churchill Colleagues – the Chairman coming together with team members from construction sites, sales offices and regional head offices around the country – joining over 1,500 representatives of the nation’s other Top 100 best employers.

The retirement housebuilder maintained its 3 Star accreditation from Best Companies, the top accolade for excellence in employee engagement, recognising the company as being an ‘extraordinary place to work’.

This is the 8th time Churchill Retirement Living has been named in a Top 100 listing, and its 4th consecutive year in the Top 100 Best Medium-Sized Companies To Work For category, competing against companies with up to 3,500 employees. Churchill was once again the only housebuilder to feature on the list.

The Top 100 rankings are based on an anonymous company-wide staff survey. Churchill gained its 2nd position based on Colleagues’ views, as well as those of an independent judging panel who recognised that care for Customers and Colleagues is at the heart of the organisation, as well as a strong sense of family, confidence in the firm’s leadership, and a firm belief in giving something back to the community.

To be named the second best company in the country to work for is a fantastic accolade and something every single member of the team can be proud of. I’ve always believed in the importance of looking after my team and treating them well, so it was great to have that recognised with a special award for wellbeing. The culture of any company is its lifeblood, and I believe that happy and motivated Colleagues are the key to Churchill’s continued success.

Jonathan Austin, Founder and CEO of Best Companies, said the following about Churchill:

I would like to congratulate Spencer, Clinton and the Churchill team on their achievement. Best Companies have been producing the Accreditation standard since 2006 to acknowledge excellence in the workplace. Organisations like Churchill have continued to focus on their Colleagues and have been rewarded with an engaged workforce who tell us that this is a best company to work for.

The Sunday Times Best Companies survey has been produced and published annually since 2001 to measure and acknowledge excellence in workplace engagement. It includes an extensive staff survey with questions measuring eight equally weighted workplace “factors” including leadership, my manager, my team, wellbeing, fair deal, my company, personal growth, and giving something back. In addition to the staff survey each company is judged on policies, processes and facilities.

For more information on Churchill Retirement Living or to find out about current vacancies across the company, please call 0800 458 1856 or click here.