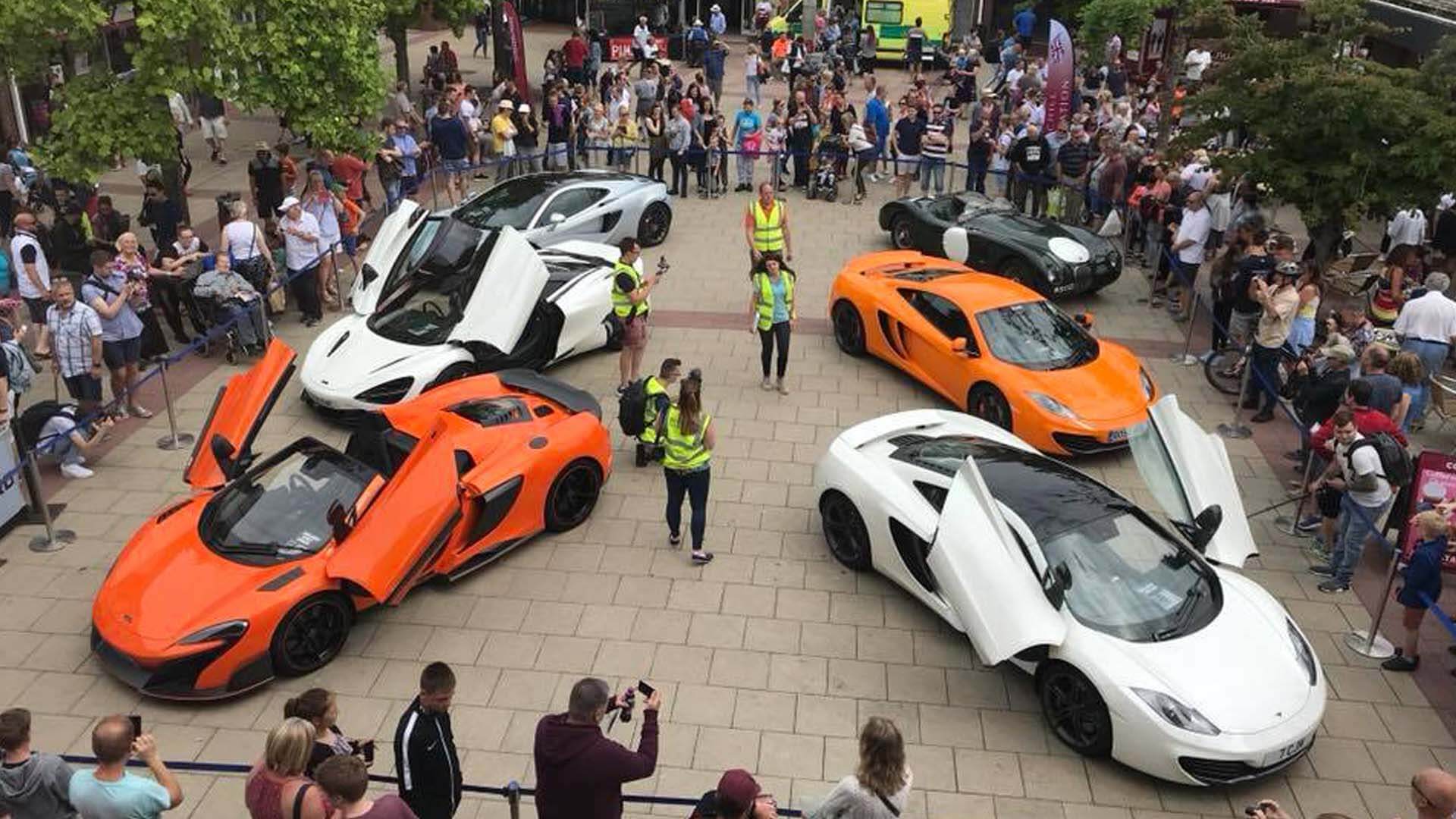 Over 15,000 people attended the Churchill Foundation’s Christchurch Super Car Show 2018, and the event helped raise over £150,000 for charity.

Audiences flocked to Christchurch High Street to catch a glimpse of the vehicles on show, which included the McLaren Formula 1 show car, a Ferrari Enzo, McLaren P1, Lamborghini Aventador and many more. Celebrity chef James Martin also made an appearance with not one but two Ferraris from his garage.

The event was organised by the Churchill Foundation, the charitable arm of Ringwood housebuilder Churchill Retirement Living, and all the money raised at this year’s event goes to its charity partner Walking with the Wounded to help support armed forces veterans.

On Saturday evening, super car owners and other event partners attended a gala dinner and charity auction at the Chewton Glen Hotel, which helped to boost the amount raised.

We’d like to thank all the volunteers who joined in to help us deliver this fantastic event, and everyone who contributed towards raising such a huge amount for charity. All the proceeds from this year’s event will help our charity partner Walking With The Wounded continue its excellent work with armed forces veterans.

“The Churchill Foundation is our way of giving something back to the communities we work in, and we were proud to bring the Super Car Show back to Christchurch in style. We intend to make this a regular bi-annual event for the town, so we’ll look forward to returning once again in 2020!”