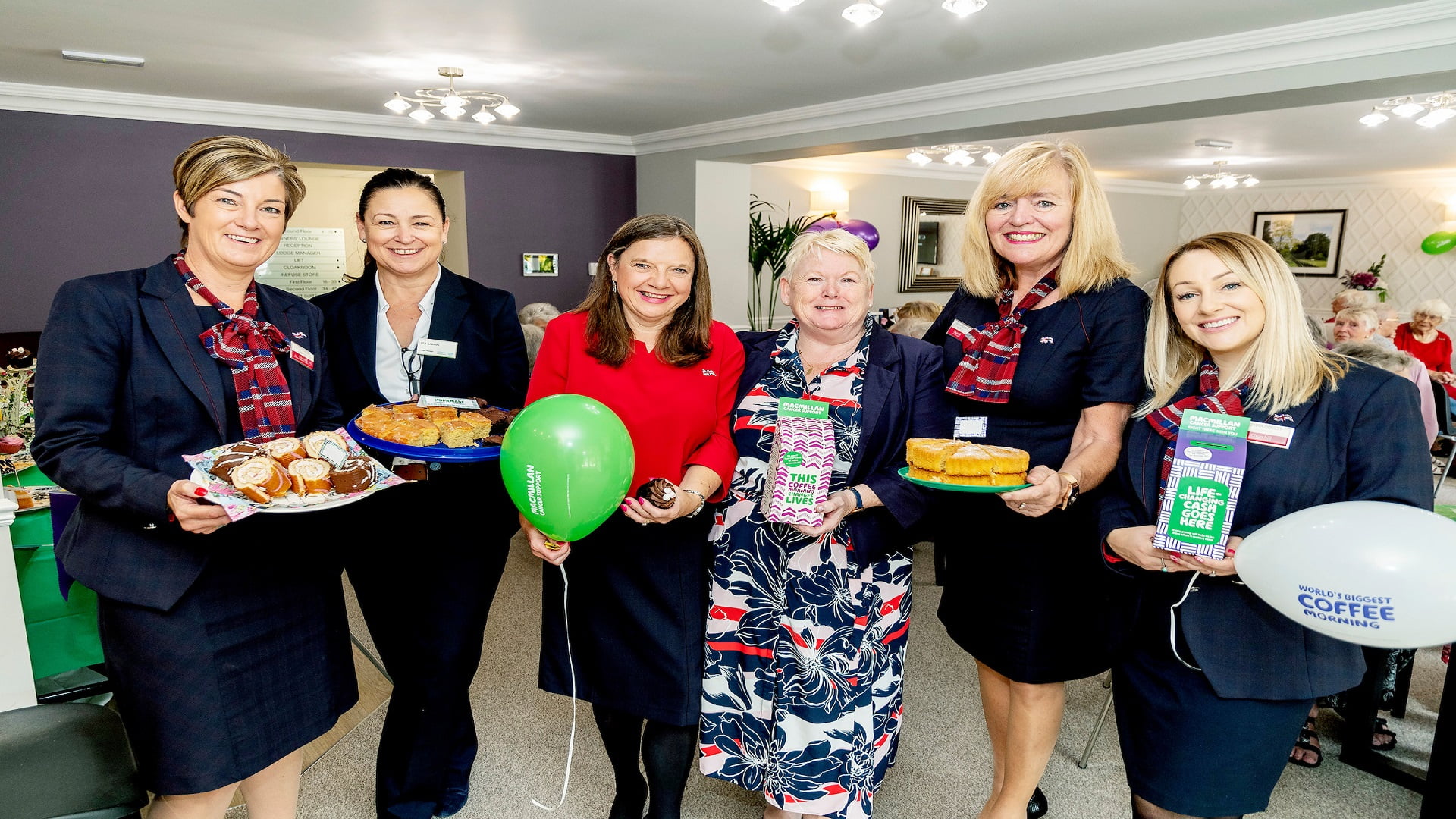 Thanks to the efforts of Owners and Colleagues up and down the country, the Churchill Foundation raised a total of over £71,000 for Macmillan Cancer Support by taking part in this year’s World’s Biggest Coffee Morning campaign. The highest ever annual total also means Churchill Retirement Living and its management arm Millstream Management Services have now raised over £500,000 for Macmillan during 10 consecutive years of support.

Churchill and Millstream’s office teams and retirement developments took part by hosting coffee mornings, cake sales, bake-off competitions and raffles to help support the campaign. Some Colleagues went the extra mile by taking on personal challenges to boost the fundraising total, all of which were match funded by the Churchill Foundation…

–       Senior Surveyor Natalie Boettger and Buyer Stacey Miles, both from Ringwood, rode a tandem bicycle across the New Forest in fancy dress

Churchill has a special relationship with Macmillan Cancer Support and set an ambitious target to mark its 10th year of support by reaching the fundraising milestone of £500,000. That target that was easily surpassed, with this year’s total nearly doubling the £36,000 raised for Macmillan last year.

It was great to be involved once again in Macmillan’s World’s Biggest Coffee Morning, and I’m very proud to have hit our target of half a million pounds raised for Macmillan. These events are not only a fantastic way to raise money for a very worthy cause but also an opportunity to bring our Lodges and the local community together. We also had a handful of Colleagues taking on some impressive personal challenges to help us reach our target, so I’d like to thank everyone involved for helping us to raise such an impressive total yet again this year.

“Sadly, the number of people being diagnosed with cancer is increasing every year and that means Macmillan’s support for people living with cancer is in more demand than ever. At Macmillan, we know how cancer can affect everything. We’re here to help everyone with cancer live life as fully as they can, but we can’t do it without the amazing people who fundraise for us, such as everyone at Churchill Retirement Living. The money you have raised will go towards helping Macmillan support people living with cancer at the time they need us most. So whatever cancer throws your way, we’re right there with you.”