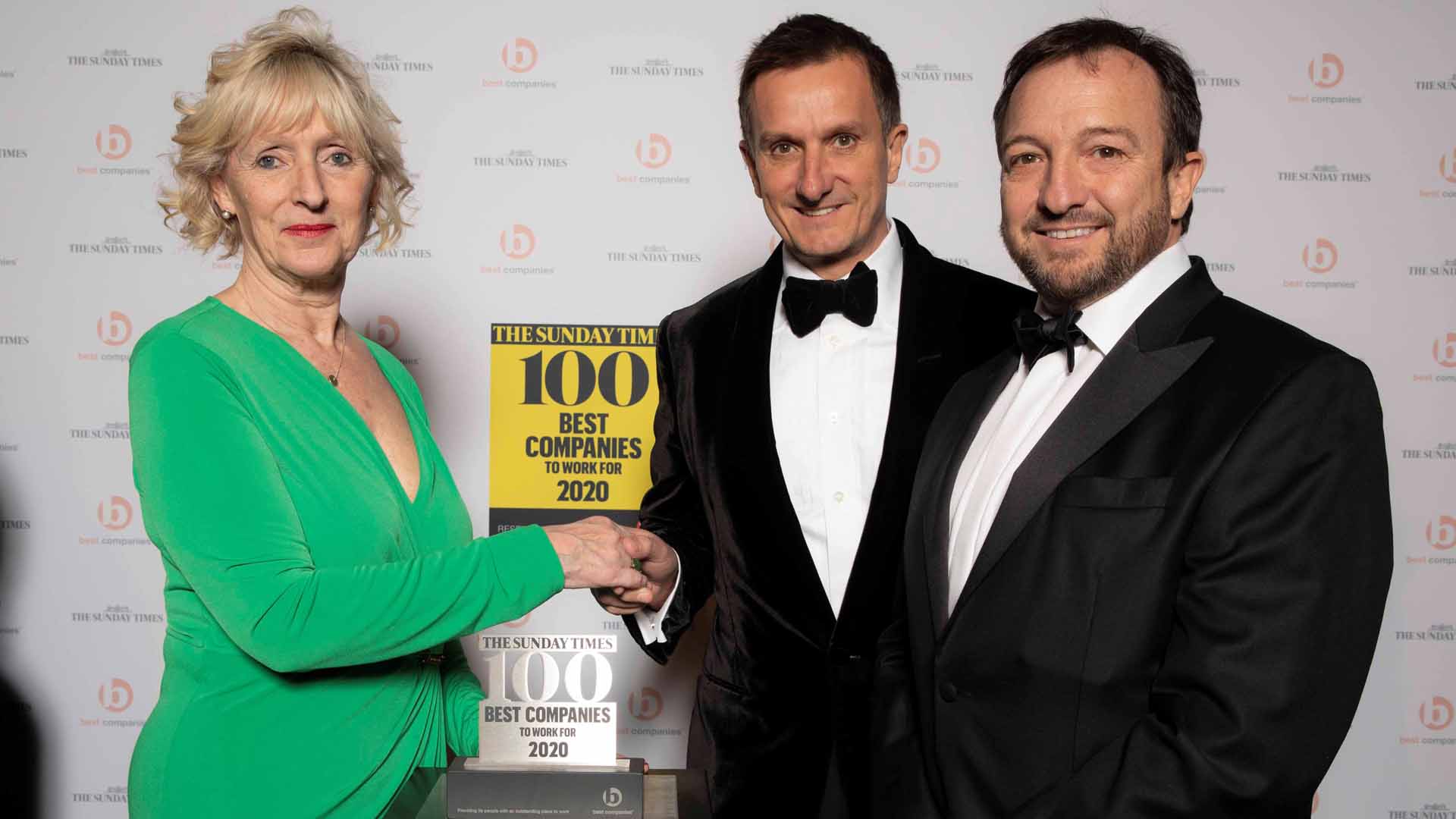 Churchill Retirement Living has been named in the Top 100 Best Companies to work for in the UK by the Sunday Times, achieving an impressive 3rd place.

The winners were announced at a gala dinner in London on Thursday 20th February, which was attended by 40 Churchill Colleagues – the Chairman and CEO Spencer J McCarthy coming together with team members from construction sites, sales offices and regional head offices around the country.

Churchill was praised for its generous Colleague benefits, wellbeing initiatives, and special events like last summer’s “Fam Fest” where Spencer invited the entire workforce and their families to celebrate the Company’s 25th anniversary at his home in the New Forest. Charitable arm the Churchill Foundation was another big vote-winner, enabling Colleagues to join in with various fundraising initiatives throughout the year, including a charity “Sleep Out” with Spencer last November which raised over £25,000 in aid of End Youth Homelessness.

Churchill also maintained its 3 Star accreditation from Best Companies, the top accolade for excellence in employee engagement, recognising the company as being an ‘extraordinary place to work’.

This is the fifth year in a row that we’ve been named as one of the UK’s best companies to work for, as voted for by our own Colleagues, and I’m delighted with our top three position. It’s a fantastic achievement and something every single member of the team can be proud of. My brother Clinton and I run the business based on strong family values and I’ve said many times that our fantastic team of people – the Churchill family – are the key to our success. I believe in looking after my team and treating them well, so it’s great to see that recognised with this award.

The Top 100 rankings are based on an anonymous company-wide staff survey. Churchill gained its 3rd position based on Colleagues’ views, as well as those of an independent judging panel who recognised that care for Customers and Colleagues is at the heart of the organisation, as well as a strong sense of family, confidence in the firm’s leadership, and a firm belief in giving something back to the community.