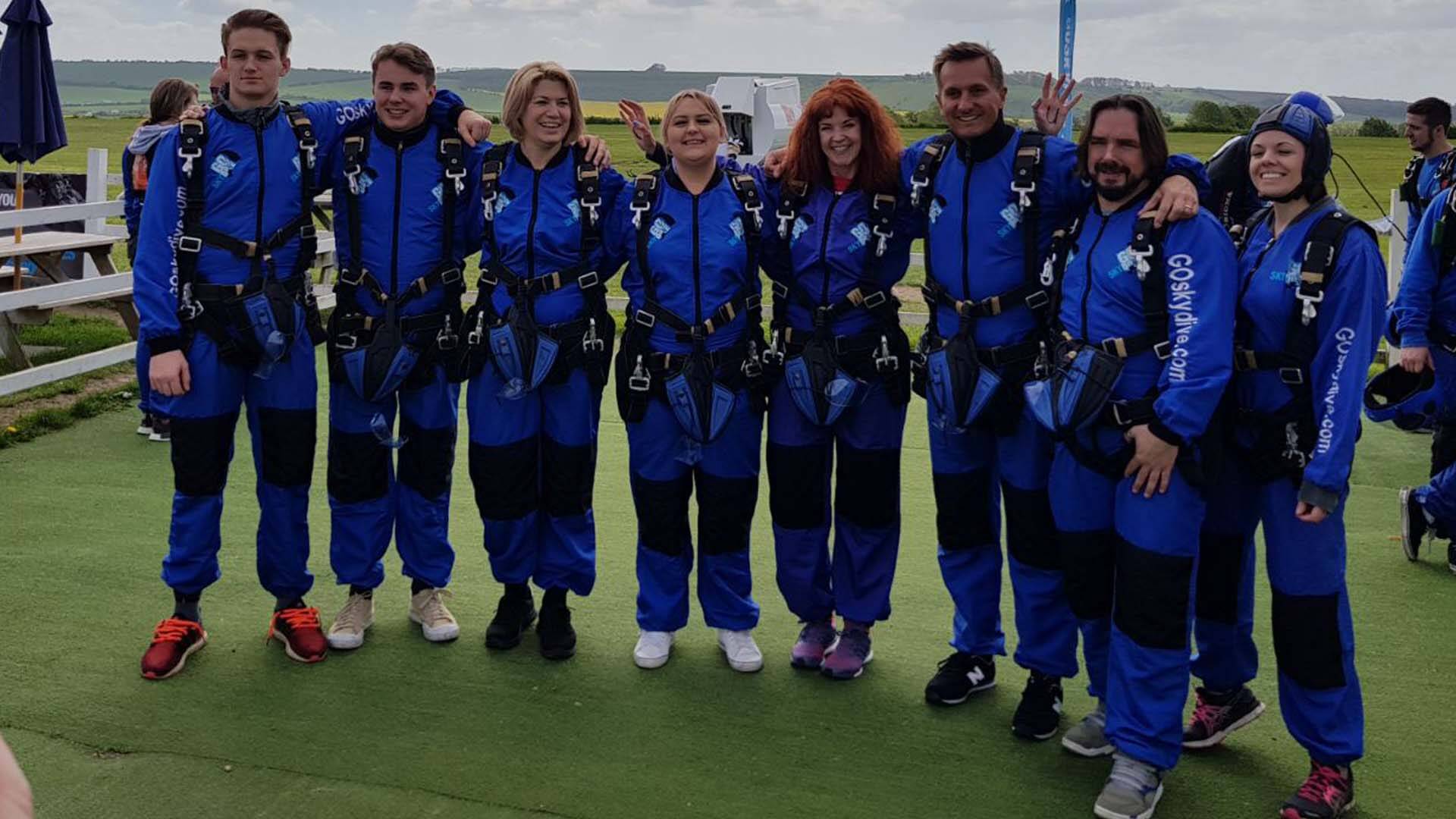 Colleagues from Churchill Retirement Living and Millstream Management Services have raised over £22,000 for local causes, including Bournemouth charity Hope for Food, by taking part in a charity tandem skydive.

31 brave team members took part in the ultimate test of nerves, and Chairman & CEO Spencer McCarthy was one of them. The daredevils jumped from 15,000 feet and were freefalling for around 60 seconds before coming safely down to earth.

Organised by the Churchill Foundation, the challenge took place at GoSkydive in Old Sarum, the specialist first-time tandem skydiving centre.

I’ve never shirked a challenge, and I’m a strong believer in giving something back to the community, so when Churchill Colleagues suggested a charity skydive of course I jumped at the opportunity! Hope For Food is a fantastic charity that does some excellent work in the local area, and we’ve been involved with them for some time now as a key partner of the Churchill Foundation. I’m proud of all our Colleagues’ efforts to raise these vital funds to help continue to make a real difference for those less fortunate than ourselves.

The impressive total raised will go towards a number of charities around the country, including Hope for Food which is based in Bournemouth and run entirely by volunteers, and aims to provide life’s basic essentials on a day to day basis to people in need of help.

When I heard about the challenge I thought ‘Ok let’s do this!’ I am scared of heights and can just about go down an escalator without panicking, but the homeless face their fears everyday sleeping on the streets and I see families struggling to feed their children day in day out. So I told myself ‘I CAN DO THIS’ – and I did! It was an amazing experience and I was proud to be part of the Churchill team.

The Churchill Foundation is a registered charity set up to enable Churchill Retirement Living to support the many local communities where it works. Other charities to benefit from the skydive include Willen Hospice and Woking & Sam Beare Hospices.

To support the team’s fundraising efforts you can still make a donation via VirginMoneyGiving.