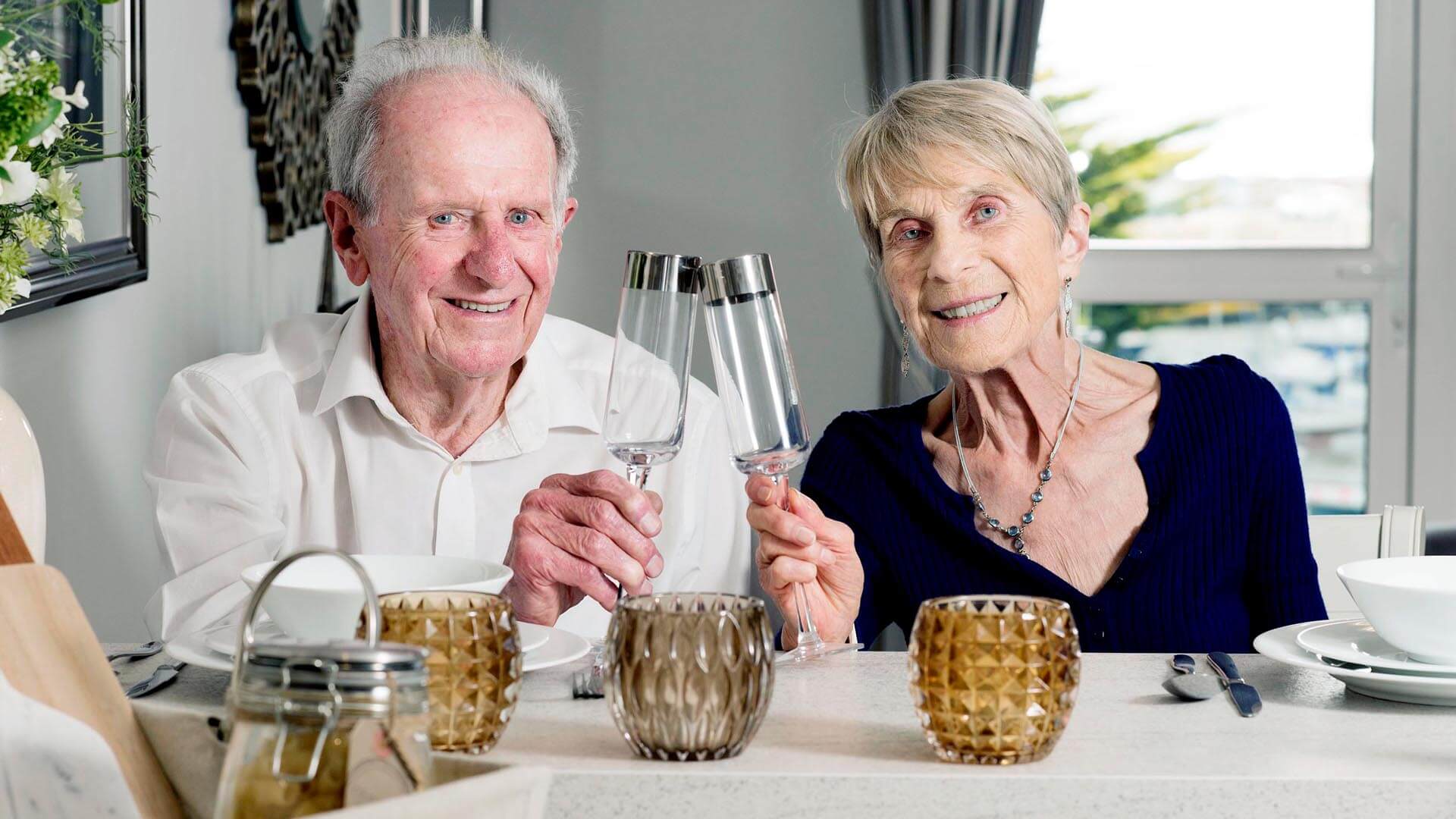 A quiet life by the Cornish coast is quite a change of scenery for 83 year old rocket man, Ian Forbes, who spent six years in the Royal Australian Navy before becoming a missile tester in Australia for the British Government.

Since retiring, Ian and his wife, Janet, have been enjoying everything Cornwall has to offer and recently purchased a two-bedroom apartment at Churchill Retirement Living’s new development, Mount’s Bay Lodge, located on New Town Lane in Penzance. While Ian enjoys a more leisurely pace of life now, he looks back fondly on the many memories he made during his long career.

“Some people will go anywhere or use any excuse for a barbeque, especially if you live in Australia, as I did in the 1950s, 60s and part of the 70s,” Ian laughs. “During one of my visits to the Woomera Rocket range in South Australia in the early 1960s, I was down range of the missile launchers with a local sheep farmer when he got an alert over the radio that there was an imminent launch of a missile and he and the rest of the people on the Sheep Station should get into the supplied shelter soon, for their own safety.

As it was near dusk, we knew it would be a night launch so he radioed around to his people and they all headed for home. But there was no talk of shelter, there was something to see! So the barbecue was lit, the beer was put into the freezer and we all sat down watching the skyline towards Woomera. Outback in the Australian desert at that time there was no television, video players or DVDs, so something like this was not to be missed!

“As I flew into Woomera Rocket range on my first visit, in early 1959, I was quite surprised as there was no desert to be seen. Heavy rain earlier in the week had turned the desert into a garden and the salt lakes were all filled with water, a sight that happens, on average, every seven or eight years and lasts only a few weeks before the sun reclaims the sand.

“Woomera is an Australian Aboriginal word meaning a stick for launching spears, increasing the thrower’s arm length. The rocket range was funded mainly by the UK government at this time and was an ideal place to test fire rockets as the area was very sparsely occupied and recovering the remains of the tested missiles was fairly easily accomplished. The range was situated some 300 miles to the north of Adelaide and we were usually flown in to the range on a Monday, sometimes on an old DC3 aircraft, then home again on the Friday.

At this time the range was relatively busy with rockets of many types, mostly military, ranging from small high altitude vehicles to take weather readings up high, to rockets carrying torpedoes to sink submarines. I was involved initially on a rocket called the Skylark, a British designed solid fuel vehicle capable of reaching 100 miles plus altitude, carrying experiments.

“The British Government was very interested in a space programme and was letting out contracts to various companies capable of doing this work. One of these companies was General Electric Company (GEC) of the UK. These companies were hungry for workers in Australia as imported specialists from the UK were expensive. So when I left the Royal Australian Navy after a six year engagement in 1958 I was offered a job with GEC, who had been contracted to test gyro compasses under conditions such as high acceleration, zero gravity and vibration. The GEC was also the builder of the guidance system for another rocket, the Seaslug, a ship to air beam rider, which was undergoing trials at that time.

“It makes you think how it was done as the guidance system was all wired and driven by thermionic valves. Transistors were still in their infancy. Six Skylark missiles were launched with gyroscopes in the three main planes of movement and the outputs of these gyros were sent to the ground via radio. The results were then checked against photographs taken from the ground and sophisticated microwave technology to ascertain the attitude of the test missile. Thus the gyro outputs were checked against a known parameter and any deviation was shown. The programmes began to peter out about the end of 1962 and I joined Hawker Siddley, just taken over from Hawker De Havilland, who had more work of a similar nature.

“One project was the launching of the Blue Streak, the UK’s own Intercontinental Ballistic Missile, under various tests. This Blue Streak was the grand-daddy of British missiles and the later models of this are still being used to launch the European Space Rocket from French Guinea. One can see actual rockets, Skylark and Blue Streak, at the Leicester Space Centre, well worth a visit. When the Blue Streak launches you can feel the ground tremble two miles from the launch and the sight of this huge rocket, slowly at first then gathering momentum, is a sight to behold!”

As is the stunning view of St. Michael’s Mount, which Ian gets to take in daily from Mount’s Bay Lodge. “Life might be a bit quieter now,” says Ian, “But it’s not without its rewards. We’re thoroughly enjoying making the most of our retirement years – and being in a more manageable property really helps with that. Since downsizing, we no longer have to worry about maintaining a large house and instead we do the things we enjoy doing, like spending time with our family, dancing and walking.
“In fact, the South West coast path is accessible from the harbour opposite the Lodge and there’s a stunning, two mile level walk along the seawall. The location is really perfect for us. We’d originally been looking for a bungalow in the city centre but couldn’t find anything suitable. We stumbled across Mount’s Bay Lodge and knew right away it’s where we wanted to live. I suspect we’ll want to give up our car in the next few years so its proximity to the town centre is ideal.

“And, of course, the next big adventure is only just around the corner…”