Register your interest today and discover your brand new lifestyle, contact us on 01425 462104 or enquiries@crl.co.uk 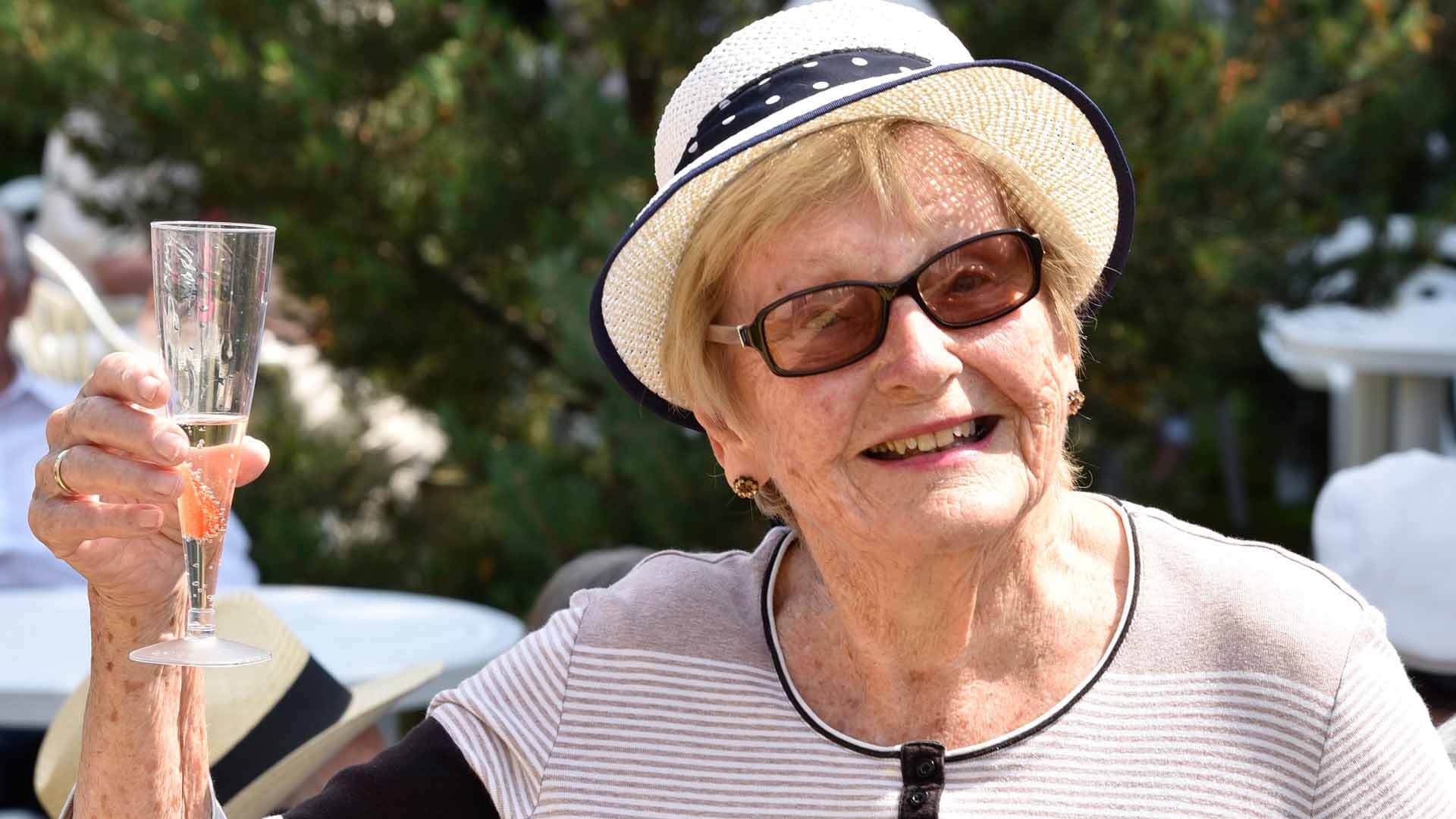 Enjoying life in a retirement apartment on the north-west coast of England is far from the life Hildegard Densham was used to. Hildegard lived in West Germany during the Second World War, and at age 16 worked for the German Land Army on the tram service.

Hildegard explains: “I was in the land army in Berlin, just before Hitler died. I remember so vividly one day, a tram driver asked me where I was from, and when I told him I was from a little town in the West he told me to go back home because the Russians were coming to Potsdam. That night, I grabbed my friend and we escaped out of the bathroom window of our accommodation. A few weeks later, the Soviets surrounded the city, Hitler committed suicide and the Berlin Defence Area surrendered to the Soviet Army.

“That same year I met my first husband in 1945, when I was just 17 years old. He was in the English navy, but he had been educated in Germany and spoke the language very well. A year later in 1946 he was demobilised and proposed marriage to me that same year. I had to wait one year for permission to come to England, but when I did, we came over, got married one week later and I became a British Citizen just six weeks after that!”

Hildegard and her husband lived in Crosby, near the River Mersey, where they raised their two sons, until her husband’s untimely death in 1972. Hildegard said: “Moving to England was a big change, but the conditions were so much better than they had been in Germany. I learnt the language very quickly, my husband helped me translate, and I used a dictionary to help me get by. So different to nowadays where you can just search the translations on the internet!

“In 1975, a few years after the death of my husband, I remarried, and myself and my new husband moved to Formby, where his parents had lived. Sadly, in 2008 we had a bad car crash and my husband died. The car was upside down, it took me three months to recover from my injuries. I lived in our Formby house for nine years by myself, with the odd visit from my sons and my sister who came over from Germany. When my sister died, all alone in her house, it made me think hard about my situation and I realised I didn’t want to be left in the same situation as her – dying alone with no one around.”

In 2017, Hildegard went to a Churchill event with her friend, and she was instantly won over. She explains:

In 2017 I decided to sell our house; I wanted to find peace of mind, security and companionship. As soon as we had the talk from the Churchill sales team about the new retirement development they were launching I was completely bowled over. Everything just sounded perfect. More than anything, the fact that when I pass away, my son won’t be left with a massive house to renovate and sell gave me such peace of mind.

Despite being the oldest Owner at the Lodge, Hildegard is certainly one of the most active. She said: “I live really close to my son and my grandchildren. They like to keep me young by teaching me how to use all the latest technology. I have an iPhone and an iPad! I also have a lot of German friends in the area and I meet up with them for lunch very often. I’ve made really good friends with my neighbour at the Lodge, she’s great company – we share a patio and both love a gin and tonic!

I am 91 next month and I certainly made the right decision just in time. Everything I could’ve hoped and expected from Churchill has happened.

Churchill Retirement Living’s Trinity Lodge, on Lonsdale Road, in Formby is a collection of 42 one and two-bedroom, purpose-built apartments for the over 60s.

All of the apartments at Trinity Lodge have spacious rooms throughout and are an ideal combination of syyle and functionality. The fully fitted, stylish kitchens include a built in fridge and freezer, hob and an oven, which is located at an easy-reach height, as well as illuminated light switches throughout for added convenience. Owners enjoy ultimate peace of mind from a fitted camera entry system, for the highest level of security, and a 24 hour emergency call system.

With less to worry about, Owners will have more time to do the things they enjoy, including taking advantage of the host of other benefits which will be on offer including having family or friends to stay in the development’s well-appointed Guest Suite, and enjoying a chat with neighbours, or attending one of the many events, in the Owners’ Lounge and landscaped gardens. They can also take advantage of Churchill’s Reward Card which gives them access to exclusive deals and discounts on a variety of national brands and local retailers.

For more information about Trinity Lodge, visit the show complex open Tuesday to Saturday from 10am to 5pm, call 01704 740 366 or click here.