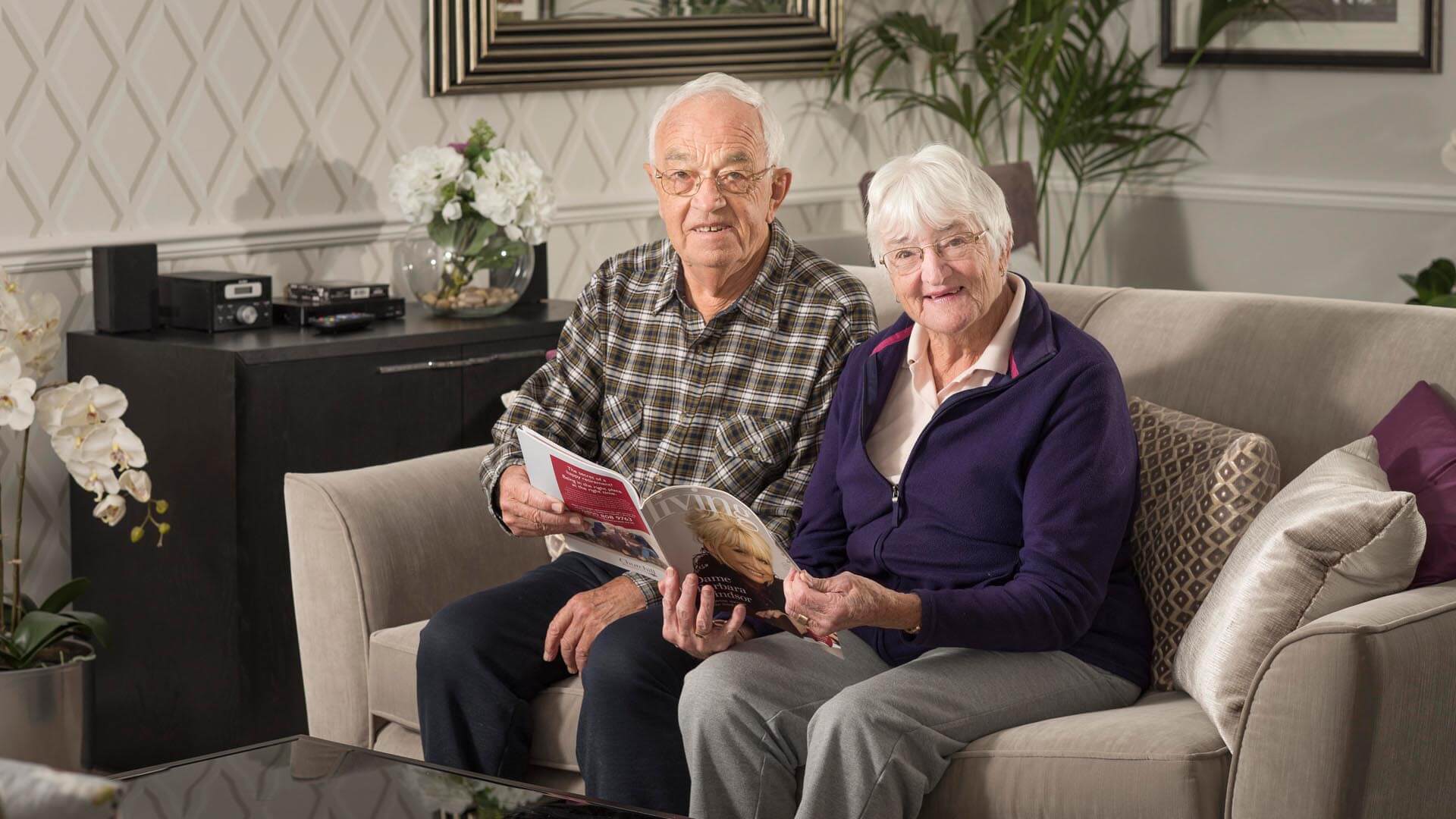 By the time anyone reaches retirement age, they have a rich tapestry of life behind them and more than a few stories – but none more so than Elizabeth Povey at Churchill Retirement Living’s Mount’s Bay Lodge in Penzance.

One of the machinists from the 1968 Ford Dagenham strikes, Elizabeth was one of nearly 200 female workers at Ford’s Dagenham plant, who went on strike to fight for equal pay, taking on the unions and crippling Ford’s car production.

Eventually achieving a victory that not only saw them being awarded pay parity but that also brought about the The Equal Pay Act in 1970, the women went down in history and even had a film, Made in Dagenham, made about them.

I started as a machinist when I left school at 15 and got a job at Ford in the early 1960’s. One day, as part of a regrading exercise, we were informed that our jobs were going to be graded as less skilled production jobs than our male counterparts, and that we would be paid 15% less for them, even though we did exactly the same job! It wasn’t right!

Elizabeth and her fellow female colleagues endured a long standoff. Following the intervention of Barbara Castle, the Secretary of State for Employment and Productivity in Harold Wilson’s government, the strike ended three weeks after it began, as a result of a deal that immediately increased Elizabeth and her colleagues’ rate of pay to 8% below that of men, rising to full pay parity the following year.

We fought hard with the unions but they weren’t very forthcoming and were more worried about the men. We were frustrated because we had always supported the men and came out on strike with them but they wouldn’t support us – although, eventually they did! When our actions began a national movement and eventually led to The Equal Pay Act in 1970, we were incredibly proud.

It was a romantic twist of fate that led Dagenham girl, Elizabeth, to relocate to Cornwall when her husband, Michael, promised her on their honeymoon in the region in 1962 that one day they would live there.

Elizabeth says: “Our honeymoon was the first time we’d ever been to Cornwall and we loved it. In rather a romantic gesture kind of way, my husband promised me that one day we could live here. It wasn’t until 1972, that we upped and moved, lock stock and barrel, with our three children and started a caravan site business from scratch.”

As active caravaners themselves, the Povey family had ten happy years running their business in Leedstown, Cornwall before retiring and moving to a bungalow in Goldsithney, just outside of Penzance.

Elizabeth says: “When we sold our caravan site and moved to Goldsithney, my husband and I used to come into Penzance to do our shopping so we became aware that Churchill were going to be building a retirement lodge and were eager to know more. We loved our bungalow but it had a big garden and at our time of life, it was taking too much out of us to keep it all going.”

Elizabeth and Michael attended the launch of the development at a local hotel in Penzance, were very pleased with the information they saw and bought a one bedroom apartment off plan.

We just felt it would be lovely to have company, like-minded people around us – and also to have the town and everything we needed right on our doorstep. We walk along the prom every day when the weather allows – and we brought our bikes with us so we cycle as much as we can too. There’s a really nice bunch of people here and we’ve made great friends with the other Owners who have moved in already – we all help each other out.

Elizabeth and Michael used Churchill’s removal service, inclusive of a full packing and unpacking service, for a stress free move and have settled into their new apartment wonderfully.

Elizabeth says: “The move itself was seamless with everything taken care of for us by Churchill. Our selected furniture from our old property fit very well in our new home – my son even commented that it looks like our old home – which is nice! It’s lovely and warm and there’s a lot less housework – which is perfect! A few months after moving in, we went on a cruise to celebrate my 80th birthday – the hassle free peace of mind to be able to leave your property, knowing it is secure and safe is brilliant.”

What with leading the march for women’s rights, founding and running a holiday park and raising three children, Elizabeth Povey has certainly led a full and active life – and she’s got no plans to slow down yet!

We’re very busy here, which we love! I go to regular Zumba and keep fit classes and we always take part in the group activities here – including a quiz – which Michael and I won last week! There’s definitely plenty of life for us to live yet and we plan on a full and happy retirement at Mount’s Bay Lodge.

Mount’s Bay Lodge offers a collection of 50 one and two bedroom privately owned retirement apartments and shared facilities, designed exclusively for the over 60’s. Apartments boast spacious rooms throughout and an ideal combination of design and functionality. The fully fitted, stylish kitchens include a built in fridge and freezer, hob and an oven, which is located at an easy-reach height. All of the properties benefit from illuminated light switches for added convenience. Owners also enjoy ultimate peace of mind from a fitted video entry system for the highest level of security and a 24 hour emergency call system.

With less to worry about, Owners will have more time to do the things they enjoy, including taking advantage of the host of other benefits which will be on offer including having family or friends to stay in the development’s well-appointed Guest Suite, and enjoying a chat with neighbours, or attending one of the many events, in the Owners’ Lounge.

The development is located in a central location with private gated parking and a south facing first-floor terrace, just a short distance from public transport links, shops and all the local amenities on offer in Penzance.

Standing on the shores of Mount’s Bay, Penzance has a wealth of good shops, cafes, pubs and restaurants. Market Jew Street – a busy shopping street – connects with the harbour area through the Wharfside Shopping Centre. This lovely town is perfect for retirement, with the development offering stunning sea views and all the amenities you need within walking distance.

For further information on the apartments available at Mount’s Bay Lodge, visit the new show complex, open Tuesday to Saturday from 10am to 5pm, or call 01736 664 793.