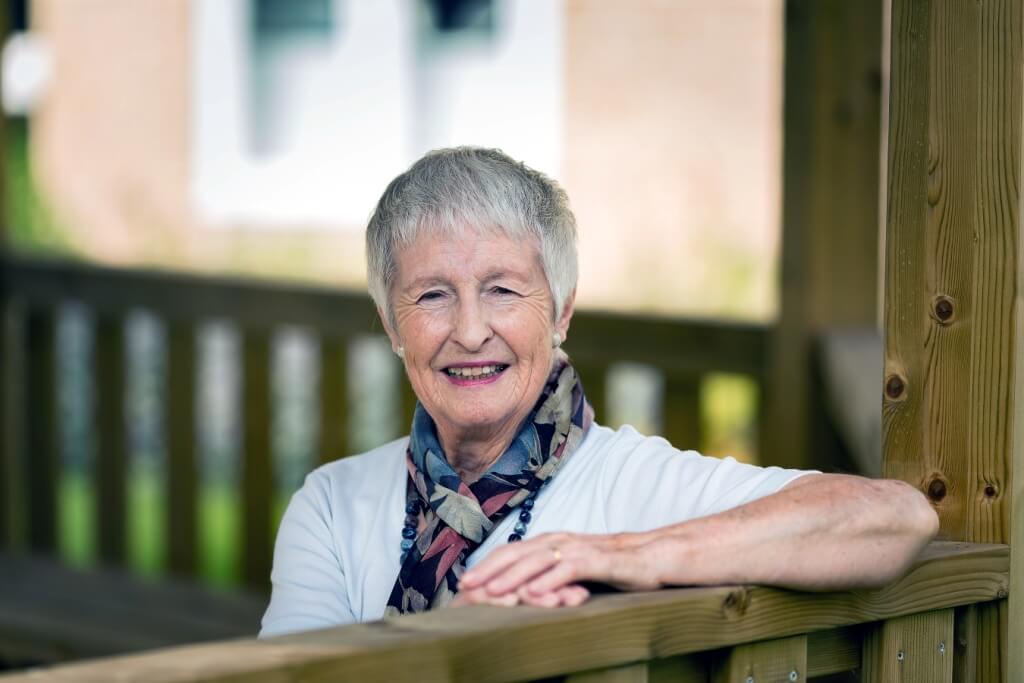 A former nurse and Owner at Churchill Retirement Living’s Chelmer Lodge in Chelmsford has helped to raise more than £50,000 to honour nurses and Voluntary Aid Detachment members (VADs) killed during the First and Second World War.

85 year old Barbara Hallows is chairman of The Nursing Memorial Appeal, which was set up in 2012 to raise funds for a memorial honouring the qualified nurses and the Ladies’ Voluntary Aid Detachment, which will be placed at the National Arboretum in Staffordshire.

During the First World War, Voluntary Aid Detachment members, who came to be known simply as ‘VADs’, filled certain gaps in the territorial medical services and carried out a range of voluntary positions including nursing, transport duties, and the organisation of rest stations and auxiliary hospitals. It is believed that between 70,000 and 100,000 women served as VADs during the War, some for short periods, and others for up to five years.

More than 1,700 qualified nurses and VAD volunteers lost their lives during the course of the War. The Nursing Memorial Appeal aims to honour each lady with a special bronzed sculpture holding a sandstone world and engraved with every nurse and VAD volunteer’s name who lost her life in both World War I and World War II. Barbara and the committee have held special events to raise money, including putting on their own play, as well as relying on public donations. It will be unveiled at the National Memorial Arboretum on the 4th June 2018.

Barbara, who worked in the health service from 1951 to 2013, said: “These nurses and VADs gave their lives while serving their country, however, their sacrifice has never been properly recognised. While the troops they cared for valued them very highly, the nurses received very little political and public recognition for their wartime work. We wanted to create and maintain a permanent memorial that lists the name of every nurse and VAD who died, and I’m thrilled that this is now happening. Lord and Lady Fellowes are Patrons of the Appeal and will be in attendance at the unveiling ceremony.”

Barbara moved into her new apartment at Churchill’s Chelmer Lodge after deciding to downsize from her home in Ingatestone. She first began chairing the committee completely voluntarily in 2014 after enjoying a long career in nursing. She became a member of the New Cavendish Club in the 1970s, a meeting place created in 1920 for those who had served with Voluntary Aid Detachments. Barbara was Vice Chairman of Southend Hospital for eight years, and also served as Governor at Basildon Hospital. She also set up the Young People’s Counselling Service in Brentwood, which was a registered charity. She has also been accepted as a member of the Guild of Nurses and is a Freeman.
She added: “Going forward, we are continuing the Appeal to allow us to support research into nursing in conflict areas and humanitarian aid, which we are calling Extreme Nursing. Many of the Owners at Chelmer Lodge have been very supportive of the appeal, and I have personally sponsored 19 of the names of nurses and VAD’s on the memorial who came from East Anglia. It is going to be a fantastic day when it’s unveiled.”

Chelmer Lodge on New London Road, offers a range of one and two bedroom apartments exclusively designed for the over 60s. All the apartments have spacious rooms throughout and are an ideal combination of design and functionality. The fully fitted, stylish kitchens include a built in fridge and freezer, washer/dryer, hob and an oven, which is located at an easy-reach height. All of the properties also benefit from illuminated light switches for added convenience.

Owners can also enjoy ultimate peace of mind from a fitted camera entry system for the highest level of security, a 24 hour emergency call system and a resident Lodge Manager. Communal facilities include an Owners’ Lounge, which Owners use for socialising and events, communal landscaped gardens and Guest Suite.

To find out more about the Nursing Memorial Appeal, please go to http://www.nursingmemorialappeal.org.uk.

To find out more about the apartments available at Chelmer Lodge, visit the show complex open daily from 10am to 5pm or call 01245 676 229.