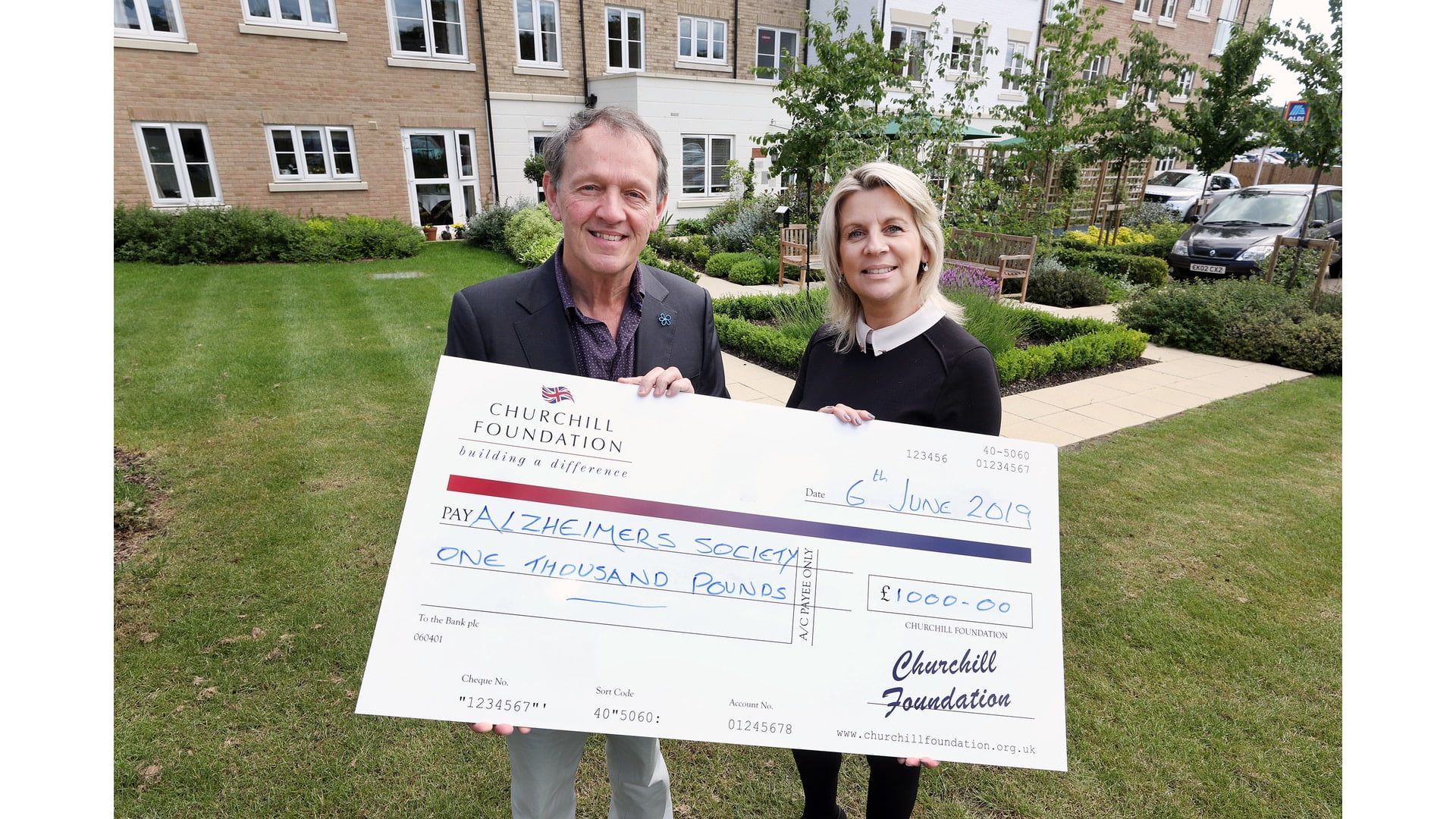 TV star Kevin Whately joined Owners at Churchill Retirement Living‘s new Moorhouse Lodge development in Huntingdon last week, and was presented with a cheque for £1,000 to support his latest campaign with the Alzheimer’s Society. The donation comes through Churchill’s own charitable arm – the Churchill Foundation – and follows Kevin’s recent recognition at the Churchill Awards, an annual celebration of the achievements of the over 65s.

Kevin is an iconic actor, best known for his role as Inspector Morse’s sidekick Lewis, who later starred as the title role in his own series. He recently supported the Alzheimer’s Society’s launch of the new GameChanger App, a research project asking for people who don’t have dementia to play games on a smartphone app to help improve how the condition is diagnosed, researched and treated.

“It was a pleasure to meet the Owners at Moorhouse Lodge, and I’d like to thank Churchill for this generous donation to the Alzheimer’s Society to support the important work they do. I’m supporting GameChanger because it is a really important innovation for dementia researchers and it will drive forward research. I would encourage everyone who wants to help fight the disease to download the app now and help make a difference to the way we understand and diagnose dementia in the future.”

Suzanne Revell, Group Sales & Marketing Director at Churchill Retirement Living, added: “At Churchill we believe strongly in giving something back to the community through our charitable arm the Churchill Foundation, and we understand the importance of living a happy and fulfilling retirement, so we’re delighted to support the Alzheimer’s Society by raising awareness of the GameChanger App. Our Owners thoroughly enjoyed meeting Kevin and hearing all about his work with the charity, as well as his tales from an impressive acting career.”

Moorhouse Lodge is a retirement development of 47 one and two bedroom apartments for sale, specially designed for the over 60s. For more information about the independent lifestyle on offer, call 01480 802 751 or visit www.churchillretirement.co.uk.