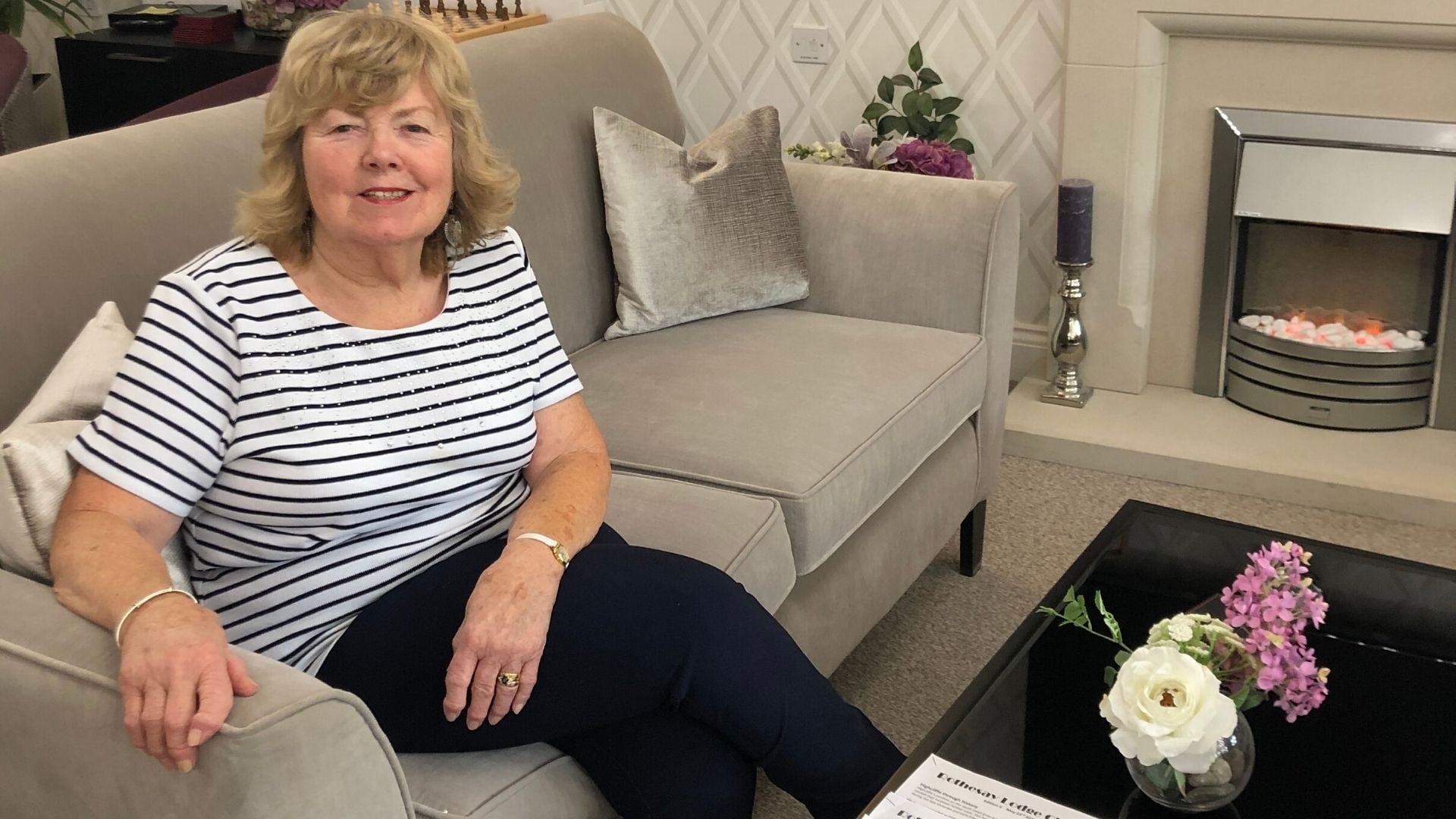 During the early days of lockdown, retired teacher Kathy Mathew was keen to help the community where she lives at Churchill Retirement Living’s Rothesay Lodge in Highcliffe. So when a friend suggested she could produce a lockdown magazine, it was the perfect way to put her creative talents and sudden abundance of spare time to good use. The Rothesay Lodge Chronicle was born!

I had the idea to put a little card through each apartment Owner’s door, with a little poem of hope about rainbows and sunshine at the end of a storm and the idea for a chronicle grew from this,” explains Kathy. “The main intention was just to cheer people up and keep them in touch as our programme of social activities had been suspended. We made a box for the Owners’ Lounge where people could submit their stories, recipes, poems, puzzles, advice and anything they wanted to include in the magazine.

It was a slow burn at first, and Kathy admits that the first issue in April was composed almost entirely of her own contributions! However, the magazine built momentum from there and she went on to produce five further issues, including a special Easter edition, and a VE Day Anniversary special with a World War II quiz, famous wartime sayings, poems and memories. By then the contributions from other apartment Owners had become more plentiful.

I had no experience of editing a magazine before, so I had to teach myself as I went along,” says Kathy. “I learnt a lot from doing it, and improved my computer skills a great deal. I have to admit the magazine practically took over my life for a few months, but it gave me something to focus on during lockdown and it was a way to keep the community connected during a difficult time for many of us.

She adds: “Our Lodge Manager Penny was a big help in printing and distributing the magazine amongst the Owners. I think Penny deserves a big thank you from all of us for the way she has kept the community spirit going by helping me with the magazine, and for everything she’s done to help us stay safe.”

With lockdown measures easing, Kathy is taking a well-earned break from the magazine for now, but she hints that it could be back by popular demand at some point in the future. Her neighbours will be looking forward to reading it!

Rothesay Lodge is located on Stuart Road, just a short distance from public transport links, shops, the seafront and all the local amenities on offer in Highcliffe. For more information about the apartments available, visit www.churchillretirement.co.uk.