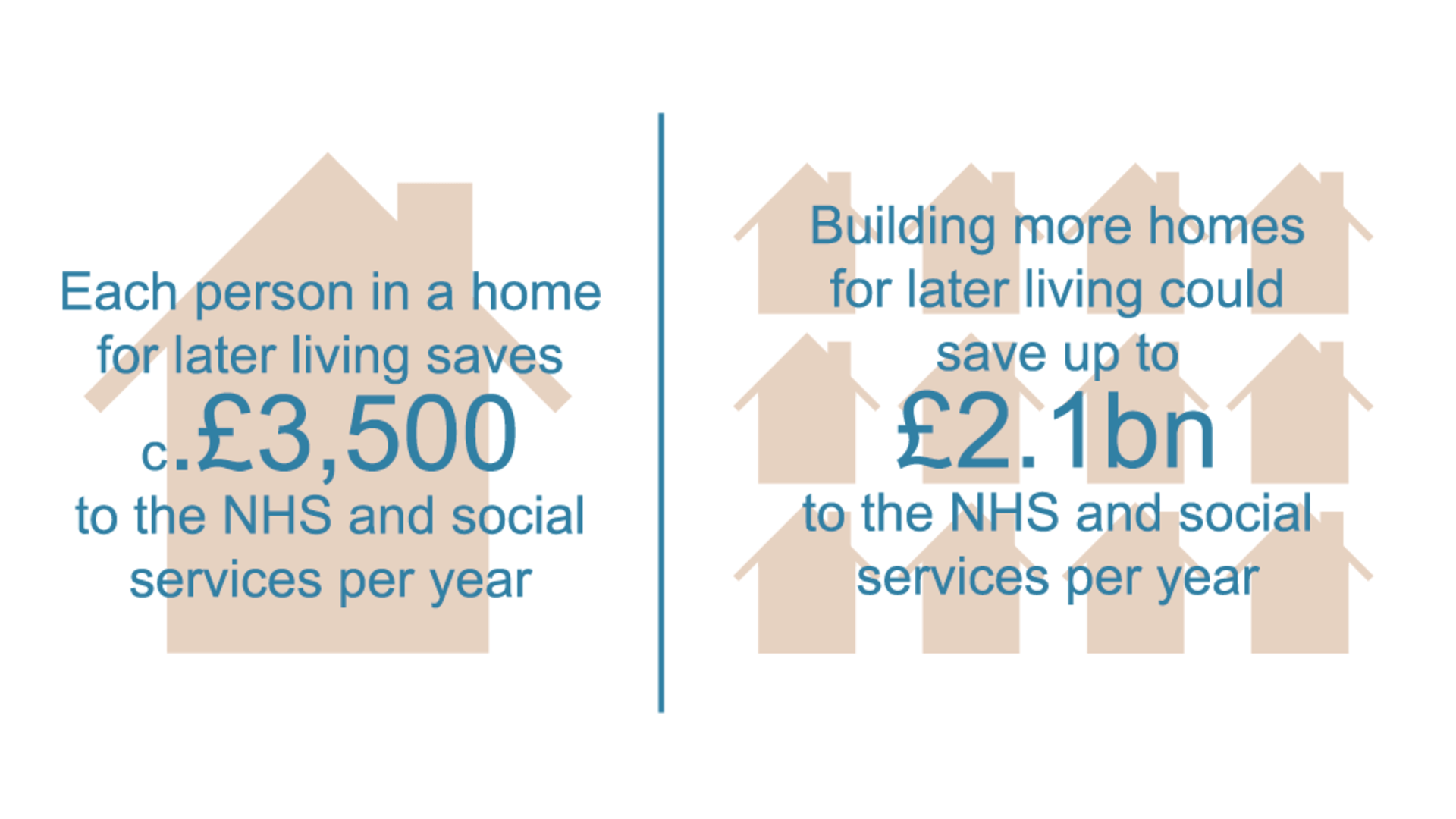 The report is authored by former Treasury economist Chris Walker, as part of a major research project for Homes for Later Living, a new consortium of housing providers who specialise in homes designed for older people. Homes For Later Living exists to promote greater choice, accessibility and quality of housing for our ageing population, and its supporters include Churchill Retirement Living and the Home Builders Federation (HBF).

The “Happier and Healthier” report includes the following new analysis and key figures:

2. Building 30,000 more retirement dwellings every year for the next 10 years could generate fiscal savings across the NHS and social services worth £2.1bn per year;

There is currently a severe shortage of suitable housing for the growing numbers of people in retirement. The consequences are severe, both to the NHS, which will be under increased financial pressure from falls related injuries, and to individuals who are often living alone in mainstream housing that is unsafe, unsuitable and unhealthy.  This is where they are most likely to suffer from physical and mental health problems.

Rachael Maskell MP, Chair of the All Party Parliamentary Group for Ageing and Older People, said:

“As people in the UK get older, there is currently a severe shortage of housing being built specifically for those in later life. The result is that many older people are often living alone in substandard accommodation, where they are more likely to suffer from falls, loneliness and dementia.

“This is why we urgently need more specialist retirement housing. Building more homes across all tenures for later living every year would give people more choice and flexibility on how they live their lives.”

You can download a copy of “Healthier and Happier” here, and for further information on Homes for Later Living visit homesforlaterliving.org.