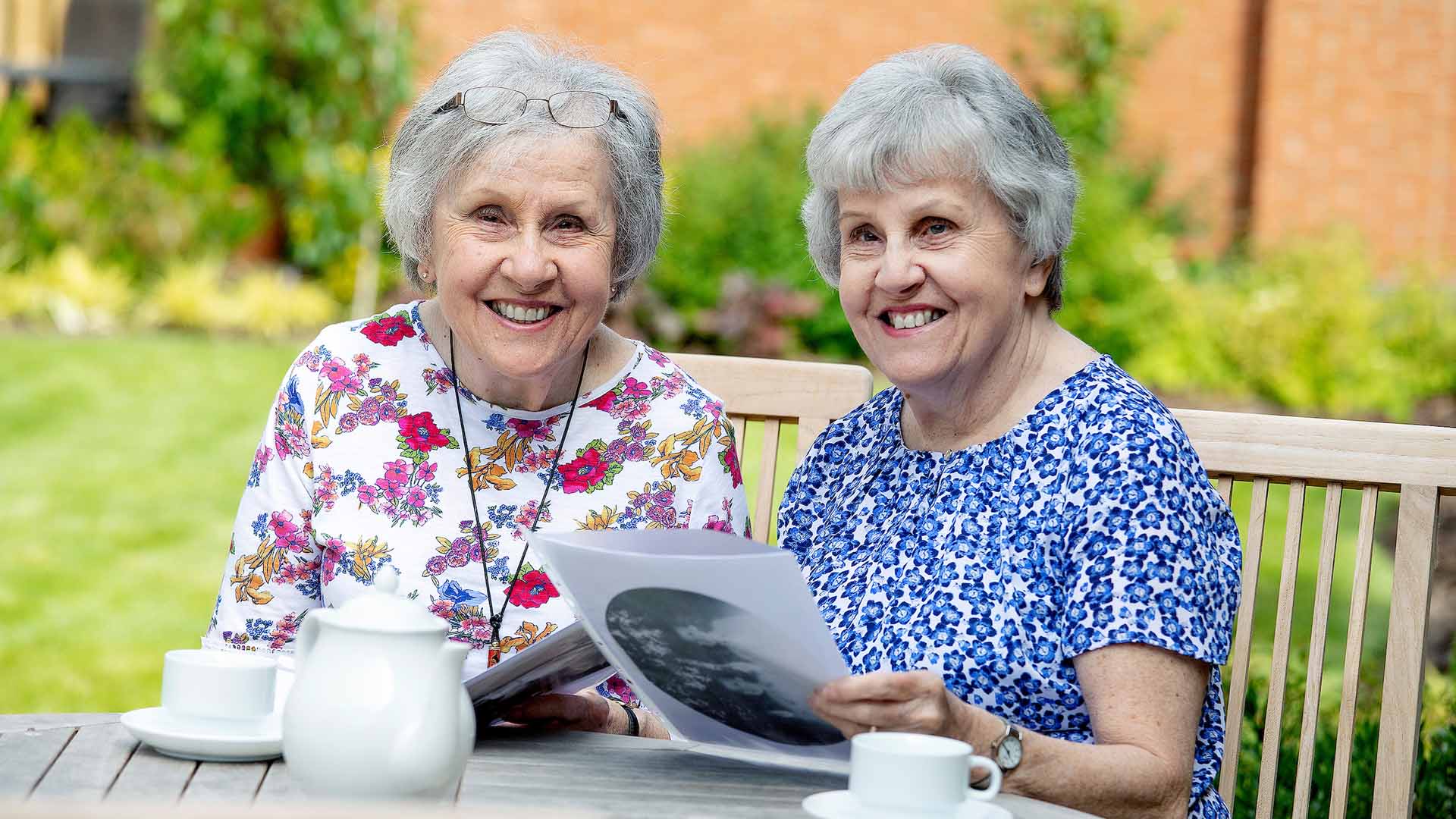 Twin sisters Shirley Borrett and Audrey James are both enjoying a new lifestyle in their Churchill Retirement Living apartments, and despite being in different counties they are still as closely connected as ever. In fact they very nearly became neighbours after Shirley’s move to Chantry Lodge in Andover, but Audrey decided that a move to St Athelm Lodge in Wells was the right one for her.

Shirley explains: “I have all my family here in Andover, and I was one of the first to reserve an apartment at Chantry Lodge so I could take advantage of being close to my children and grandchildren. Now I’m right in the centre of town, with no more worries about looking after a bungalow and very large garden. I’m making new friends and enjoying a new lifestyle here.

When Audrey came to visit me she could see the benefits of the Churchill lifestyle, and I tried to persuade her to buy an apartment next to mine so we could have been neighbours. However, she had a look at some of Churchill’s other locations and fell in love with the city of Wells, where she is closer to her friends, and I can see she’s very happy there. On reflection, it might have been a bit confusing for people having identical twin sisters living in the same development! We’re still very close and keep in touch every day, and we can both see the difference in each other since making the move.

Audrey agrees: “Shirley was a fairly quiet person before moving to Chantry Lodge, but she’s become a lot more outgoing and made lots of new friends. She’s often down in the Owners’ Lounge playing Rummikub until 10pm, and when her family want to see her they now have to fit in appointments around her social life! I saw a real positive change in her, and that was partly what reassured me that the Churchill lifestyle would be right for me too.”

Audrey continues: “Being an identical twin has been a good icebreaker. On a few occasions when I first started viewing different developments, members of the Churchill team thought they already knew me as they’d met Shirley, so it confused a few people. They must have wondered why she was looking to buy another apartment!”

Shirley has seen a similar positive change in her sister.

Audrey has really come alive since the move, her previous house and garden were large so the move was something she’d been considering for a long time, but of course it was a big decision. Now she’s done it I think she is really pleased to have made that decision, and she can look forward to making new friends and enjoying her new life in Wells.

Now the sisters can both make the most of their spare time and enjoy an occasional visit to see each other in their respective Churchill developments, where they can enjoy a home from home that’s similar, but not quite identical.

For more information on the brand new apartments for sale at St Athelm Lodge, Wells and Chantry Lodge, Andover call 0800 458 1856.